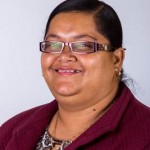 I would like to extend my heartfelt condolences to the family of Ms Gaylene Schreiner.
The passing of our beloved CFO has left a great void in the finance department and the municipality as a whole.

Gaylene will be fondly remembered and sadly missed by her family, friends, neighbours, and all of those whose lives she touched. She leaves behind a family of colleagues who grew very fond of her.
May her Soul Rest in Peace!!!

Find attached a list of consumers who have a credit balance on their Municipal accounts.  You are hereby informed that you can be reimbursed for that credit, if you can provide the Municipality with the following documentation:

For any enquiries contact Letitia Olivier on Tel: 054 338 7095 or per e-mail: letitia.olivier@dkm.gov.za 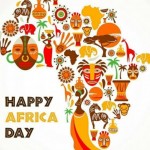 Since 1963, the month of May has been officially recognised as Africa Month, in
commemoration of the historic founding of the Organisation of African Unity (OAU)
and its subsequent successor organisation, The African Union (AU), the African
continental body that make up the countries of the African continent.

Africa month also seeks to increase the appreciation and demand for arts and culture
goods and services, and to stimulate competitive markets for trade among African
countries.

We at a local municipal level can become more involved in understanding the culture
and knowledge of our African brothers and sisters. We should participate in activities
which promote our diverse cultures. I also want to appeal to you not to become
involved in Xenophobia, let us embrace our African brothers and sisters from the
different parts of the African continent.
Let us popularise the SA national flag and the continental flag as well as the National
Anthem and the African Union Anthem.

We should try to deepen and expand our
knowledge, engage in cultural exchange, sharpen our ideas, but also to face our
continental destiny together.Read more…

LITTERING CAN HAVE DIRE CONSEQUENS FOR THE RESIDENTS

The Dawid Kruiper municipality placed the consequences of littering on various platforms, including on social media, wherein we plead with the community not to litter.

When waste or discarded substances are disposed of in an improper manner in unwanted locations, the process is called littering. It can be classified as a type of pollution. Littering can have disastrous consequences on the environment. :

Litter Creates Visual Pollution. Litter damages the aesthetics of a place. It causes visual pollution as the presence of litter makes a place unclean and hence unpleasant to the eyes.

The process of cleaning litter is costly to the municipality. If waste is disposed at the designated areas by the public, then cleaning the waste becomes relatively easy for the concerned personnel. However, when litter needs to be cleaned, extra funds are required to deploy resources and personnel to clean-up the littered area. Thus, litter clean-ups put a strain on the budget of the municipality, more than cleaning up waste disposed of in the proper manner by responsible citizens.

Often, irresponsible citizens tend to litter the streets and other public properties or even private properties of their neighbors. When other members of the public complain against such littering, 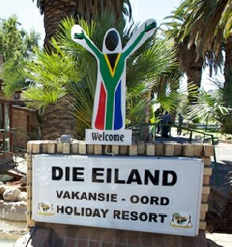